What is the Ultimate Meeting?

the Ultimate Meeting is a computer party dedicated to the realtime computer art scene, also known as 'the demoscene'. It is organized yearly in Germany from the 27th to the 29th of December.

Established by the members of the C64 group 'the Ultimate Mayas' in 1999 it was originally ment to be a preparative sceners meeting for 'The Party' held in Denmark. In 2002 however the date was moved to the traditional date of 'The Party', as it became clear that 'The Party' had irrecoverably gone downhill as a serious demoscene event. At this time about 120 people decided to come to tUM rather than take the trip to Denmark.

After some location changes from Mannheim in 2002 over to the huge and a bit uncomfortable hall in Hemsbach for the 2003/2004 editions, we finally settled for the Festhalle in Karlsruhe-Durlach in 2005 as it offered the best mix between space, location and costs. In 2012, the event moved to a new location in Griesheim, Germany.

Right from the beginning a creative and friendly atmosphere, carefully conducted main-competitions and inventive fun-competitions made tUM the ultimate demoscene event to conclude the year. 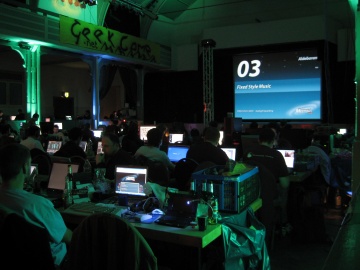